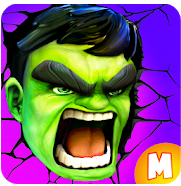 Become the incredible green monster, save the civilians and eliminate the us army. The green monster superhero with great power will fight with you until the end.
Experience the real fun world war battle where beasts can use traditional wrestling revolution skills like boxing, kicking, punching and jumping.
Enjoy this world war superhero game which is an open world environment hero battle which allows you to roam free as a legacy of green beast superhero to fight people and use your super powers to rescue the civilians from the army. A superhero green monster bulk adventure with great power will come with responsibility. So, use your day by saving people from the evils and defeat enemy by using your green monster hero special ops alien powers in this war rescue. Get ready to fight hand to hand combat like a green beast superhero and to attack commando using your superhero green power in survival city.
Features :
- Best street green monster superhero fighting game.
- Realistic street superhero fighting Environment.
- Smooth and easy controls.
- Real fighting Physics game.
- Realistic sounds & music with great effects.
- Become the campaign of the grand superheroes Beast.
We will be so thankful if you take a moment after you play our game to give us your feedback, so that we can improve our green monster game to become more fun.

Incredible green monster vs Army :World War battle has been installed between 500+ times by users and has an average rating of 4.4 in Google apps store. 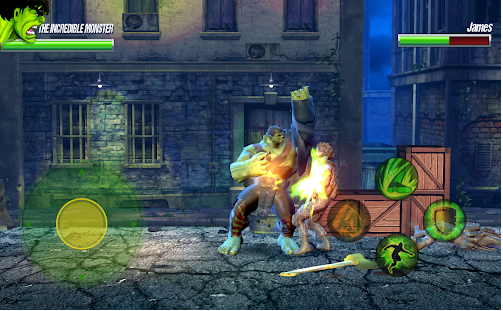 Incredible green monster vs Army :World War battle game size  35MB and can be installed on any Android device running version 4.1 and up.